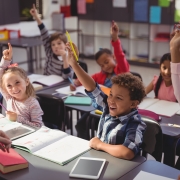 Rangiora’s newest primary school is one step closer to opening with the appointment of a principal.

The establishment board of trustees has announced Danny Nicholls will be the foundation principal for the new Rangiora West School.

Funding for the new school was announced by the Ministry of Education in 2013 as part of the Government’s $1 billion investment in education in the Greater Christchurch region.

The school will open in 2020 with room for 350 year 1 to 8 students. It was planned in response to rapid population growth in the Waimakariri district after the Canterbury earthquakes.

Construction of the $13.2 million school, on the corner of Pentecost and Johns roads, will begin in early 2019.

Nicholls currently lives in Taupō and works as a school leadership advisor in the Bay of Plenty. He was previously the principal of St Patrick’s Catholic School in Taupō.